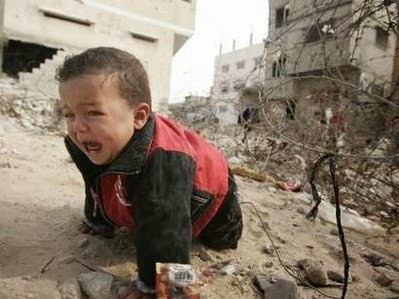 A young Ima waits patiently,
for her father has to come,
he had promised that he would be home soon,
and they would break the fast together.

Blast and screams from the distant land are filling up the square,
As the evening sky turns redder still ,
with each new building that’s put on fire.
It’s almost Iftaar time and he said he would come,
It’s for the first time she is on fast, It’s her first Roza.

Her mother urges her to clean up and change,
as her guests would arrive soon,
her little friends and cousins,
who would come to break bread with her.

And soon enough a party does arrive but not the one she expected,
bringing along the screams and blasts which now were not so distant.
And just before the horror and death was about to consume her,
It ignited her, a bright light blazing and searching
and her face become more red than the crimson sky overhead .
But she did break her fast,
albeit in a different way than expected
instead of sweets and chocolate her father was supposed to bring
she had dirt and rubble that the rockets brought.

On a hilltop somewhere on a southern town,
A bunch of people flock together
with popcorn in their mouths and hookas by their side
A new kind of entertainment has risen,
with cities being burned and children being mutilated
Television has turned pale in comparison.

This is what years of war has made us,
this is how we became inhumane.

Sirens have been ringing continuously for some hours now,
sky turning into a canvas of the world it covers,
the black and brown of smoke has intermingled with the red of the blood.
The God above the artist here,
Mocking and painting the colors each heart desires,
“But whose God mine or theirs” , the young doctor ponders
As he turns his back on the dark sky
to check the dead this night had.
“Twenty more were brought in dead”, the nurse notes
“Twenty more lives slain” , the doctor whispers
“In the name of God , Glory and the promised land”.

“But doctor there is one alive, who was brought in here this evening,
A girl of around seven , who is alive yet still not living”, trembling the nurse ended.
The doctor moved closer to inspect the sole survivor,
the little girl in torn but still new cloths
her eyes staring into the distance, yet without seeing.
The only movement the alive corpse had
was slow inaudible Arabic rumble
“They are dead, they are dead” was all she said
since she was brought into the hospital.

The young foreign doctor turned away from the bodies both dead & alive
Remembering vividly his  trips to Synagogues with his mother,
remembering the teachings of Torah
this is not what his religion was like.
Praying silently to the one true God
praying for the madness to stop
as he couldn’t see more corpses of children
before the next fast broke. 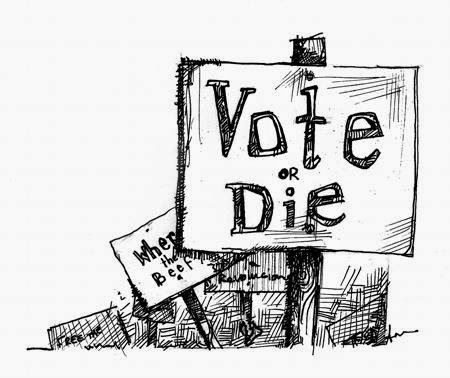 An empty lane
no heart of gold
some ghosts of past
some dreams untold.

Passengers in the journey
faded faces with dimmer souls
each one has struck
each one on your throat.

Some promises of growth
future prosperity they hold
shrill voices of development came
another told to remove me from my home
Isn’t this the betterment
of which we are told?

Of hopes and dreams
Of youth and old.
Equality of speech & freedom of thought
Of each word I say
Anti national I am, I am told.

Of building barriers & broken bridges
of states dividing & culture uniting
2 sons bought up from same motherland
of same language & history,
their difference I am being told to explore.

A nation of dreams,
with billions handicapped followers have grown.
Some with eyes but can’t see,
Some with voice but reason has gone,
Some deaf who can’t hear the shouts anymore,
Others with heart which have turned to stone.

It’s indeed an empty lane,
there is no heart of gold
with ghosts of past
there are more to unfold.
Posted by Fahad Khan at 00:37 No comments: 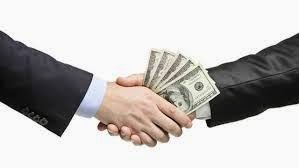 And when the clock chimes nine
you should have fallen in line
for who you are but, slave
selling their soul for each dime

When the readings been done
and you have been measured & checked.
you are ready then,
to sell yourself to the highest bidder present.
They inspect you, check you,
Tested OK, you are stamped
and for the eyes of this blind world
you are presented with a smile.

The smiles been pasted,
now it’s a part of you.
Look back at your free self ten years back
even he is mocking at you.
What went wrong, where did you die?
filling up few yellow parchments called appraisal
with pretty ratings, becoming a "YES" man
you took your own life?

And then unfortunate, disillusioned you
make remarks on the business those women do,
branding them dirty, calling them whore
but slave, who are you ?
while they feed themselves by selling their bodies at night
you are doing the same with your souls the entire life.

The milky dream,
a cloud of uncertainty
a ball of myth, its bubble bursts.

Still running on this runway alone,
the race which you had long finished.
How come our journey
had two such different ends?
Me still lost in thoughts and time
you moving to a different land,
an oblivious stranger in a dream
parts come back to you,
but the picture, its cracked.

Where were you when I burned and was weak?
Watching through my closed windows,
the rain making everything dark and bleak.
Yes you were lost too,
lost in someone else`s words,
dying to believe what you heard,
dying to believe you had won,
in warm meadows of sunshine you walked.

I end this dangerous pass time today,
no matter how irresistibly I have been caught.
Today I`ll walk into the paradise
I am a murderer today,
I have killed my past.
Removing the sand,
clearing the footsteps,
I am coming back to life,
into the warm sun,
I too want to be lost.
Posted by Fahad Khan at 07:28 6 comments: 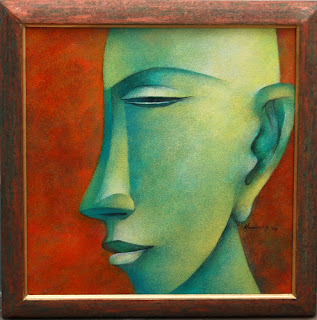 Nor the blazing sun
or the elegant moon,
the one amongst the countless
faceless stars is me

I am not in the band of lovers
or a loved one is me.
Just a passing phase
a stopover to teach or groom,
to learn the secrets of love & life
what to adapt and which to leave,
that’s me.

I am not at peace
nor engaged in a raging war.
A soldier without a battle
My biggest struggle is me.

I don’t have the periods of calm
nor a great calamity grapples me.
My great depression is just me.

I am not one amongst the poets
or belong from society of philosophers.
I aint a singer or some revolutionary is me.
I am one of the many
who each passing day is manipulated or moved.
One of the thousand faceless in the crowd is me.

The ballad of riches don’t find me
nor poor sit beside me.
Collecting money each moment, each day
just to fill my greedy coffin, that’s me.

I am one of the millions without hope or aim,
I might be an engineer, a doctor, a lawyer, a teacher
or that person standing across drenched in rain.
I am all but I am none,
because this is not what I planned to be.
My great depression is just me.
Posted by Fahad Khan at 07:34 16 comments:

Fahad Khan
One of the most difficult question which I face on everyday basis is "Who am I?" . My religion tells me to be a muslim , whereas my country asks me to be an Indian . A scientist/naturalist told that the world that we have all evolved from apes while the scientific name given to my community is homo sapiens. But deep down amidst all these differentiating and confusing definations , I believe I am a dreamer. I believe in hope , I believe I am one of the many who can bring about a change, a change for a better world.